An Ode to (Imprinting on) Annie

Annie Thorisdottir has captured my attention in these last days, which makes me curious about what’s rising in me, so to see it “in her.” We cannot see in others that which we do not have within ourselves, after all, even if we hide from it, stay unconscious of it. [editor’s note: the underpinning assumption here is not that Annie and I share anything real or true, but that celebrity culture harvests, projects, and mirrors back to those curious their/our own psychological energies. I notice Annie now because there is something rising in me that I can project onto her, so to see it more clearly. In this case, it’s a positive or affirmational intent, but you can see the negative versions of this in cancel-culture, in demonization of just about anything/everything. Eventually, I will allow that strength (or whatever else I may be drawn to) to find its expression in me.] 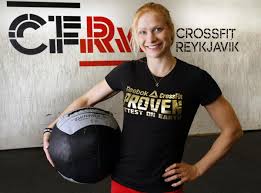 The obvious frame of reference is CrossFit, but I suspect it has more to do with her smile, her inimitable humor/self-expression, the depth of her vulnerability and her rise back into elite competition just over a year after a very difficult childbirth. Actually, her ability to constantly reframe her experience as it is in the moment...that may be the biggest draw for me here.

I’ve only been in the CrossFit streams for a little over three years, so it wasn’t until the 2021 Open that I began to hear her name, hear a little bit of her voice. She wasn’t planning on competing, given how her body had changed in her daughter’s birthing, but something in her preliminary participation and media attentions caught my eye, enough to get curious. It was the first year I actually registered for the Open, staying in the scaled-athlete streams for the first two workouts, then the third-stream for 21.3.

There was something that resonated in me as Annie began to talk about her journey back into competition. My journey with CrossFit has been one of returning to my own body, discovering its gifts and graces after being reared in mostly inherited shames and imposed guilt. I had no intention as a 52-year-old woman to ever enter into the Open, let alone any other competition, but something in me wanted the challenge. 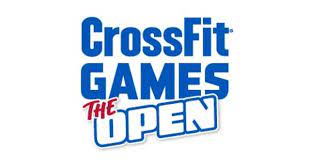 I wanted to see how my body would feel if I took a chance in extending my skill set a bit. And I remember a deep satisfaction at completing 21.2, consisting of DB snatches and box-stepovers (for me). I was nearly completely spent, but thrilled. I did it. I did what I never thought I could. This probably seeded my own recent completion of CFL1 (successfully!), and then joining as a pair for the Festivus Games. No one saw that comin’. 😮😆😅

So to hear Annie talk about the difficulty of her childbirth, the recovery, the postpartum, and the gentle/not-so-gentle climb ‘back into her body’ as her own? Deeply resonant and thrilling for me, for her. I’ve never wanted to have children of my own, but I am always fierce for mothers coming back into the sense of themSelves, with but also beyond their children. This has been my mothering and now grandmothering work in the world. So much of the work to found/hold Women Writing for (a) Change, Central Ohio has been this very space-holding: spacious creative containers for women of all kinds to find their voice, to return to themSelves, for the good of those around them, for the good of us all. So Annie catches my attention because she’s doing that internal-external work for herself, allowing herself to be seen while doing it on the public stages of CrossFit elite competition. Stunning and beautiful.

Dedication Health changed my life, beginning summer of 2019, which then got touched as Annie wrote about her own frustrations with food in early years. I don’t remember the full posting--probably Instagram or Facebook, way back--but she lamented that the nutritional/medical knowledge for fueling the human body was so lacking for her, for so long. She had been a gymnast? Or a ballet dancer? Yes. And a pole-vaulter for a time. All while limiting caloric intake, so to retain a perceived-necessary form for her sports. Knowing what we know now? She wrote a fierceness for fueling the body in what it needs to perform at an elite level. I felt connected here too, though not for the elite bit.😆 I’m listening for what and how I can hold spaces for young women writers, sneaking in the functional CrossFit movements so to get them back into their bodies, beautifully fueled to eat more of all the right things.

The CrossFit Games’ season captured a lot more of my attention this year as well, both because I had taken the chance of actually participating and had had a good experience with it. I got more curious about the variety of athletes than I’m predisposed to do, a bit weary of celebrity culture as a whole. Naturally, Annie’s journey to the podium in it all was thrilling. “I hadn’t even expected to compete this year,” she quipped to one of the media after an event win. I think what caught my eye so many times was this determination to show up, to take a chance, to push just a bit more than she thought she would be able to. That’s a travelable aphorism or wisdom nugget, in my view. The 1-rep max snatch event was by far the best image of this character commitment. She surprised herself with her (second-attempt-success) at the 200-lb snatch. 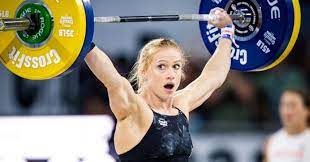 And maybe the imprinting energies are here because she’s such a good illustration of what I love about CrossFit, within CrossFit: the goal is yes, fitness, but it’s much more about “getting better,” however you might define it for yourself. Just get better, we say at the gym. Become the better YOU you can become. For the 200-lb lift, for example, Annie noted that hitting 200 on the snatch wasn't her goal. "I had a goal to have one event that I could enjoy it, be in the moment and take it all in," Thorisdottir shared. "Hitting 200 and standing it up — it checked all the boxes." Given the cultures we live in today, this takes some doing, to keep focused on the inner work that makes the outer meaningful.

For example, when the doctors early on told her she might never lift anything heavy again, she knew to reframe it for herself. As an online August 16 Parents-Today post described it: After delivery, Thorisdottir's doctor told her she may never again be able to lift anything super heavy. Annie responded: "She knew I was a professional athlete and she was like, 'You may not gain the strength in your pelvic floor again.' I hate it when doctors say things like that. As human beings, we never look for becoming the same as we were, we look for being better." Again and again, Annie invites the challenge. It was marvelous to find the 2009 CrossFit games videos, both to see the challenges she faced (and some, could not overcome) AND her journeys to the Games over the years. There’s something so incredibly hopeful in seeing elite competitors where they first began, to where they are now. 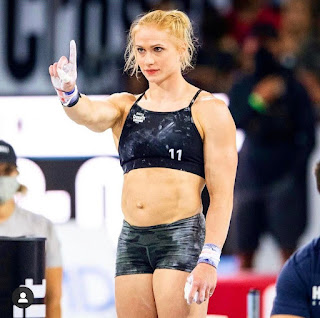 Completing the Rogue Invitational this past week, there’s another great image of Annie reframing: you’re not a victim, you’re a warrior. She’d read a post the morning of the last day of competition with those words. She faced each event that day with determination and endurance. She noted her own frustration with Event 7, claiming her own right to do precisely as she had done, though she was frustrated by it too.

SUCH good modeling for so many… It’s hard on any given day to be an elite-contender--i.e. focal point of news media and the potential invasion of any privacy--but what captures my attention here is her steadiness no matter what. She names her experience, then lets it go (at least publicly). To use a Ted-Lasso-ism, she is a goldfish. She comes at the next ‘event’ or ‘day’ or whatever fresh and in the moment. I particularly loved her mirroring back to the Icelandic news-media that publicized a less-positive-than-could-be summary of her Rogue Invitational experience. She gave a translation of it on her Instagram page, saying “Could have been a little more positive, I think” or something like that. One, she used her social-media tools to mirror what could have been better, in her view. She thereby reframes it. I’m drawn to that kind of internal strength to reframe, reframe, reframe. I need more of that in my own work, methinks.

So what’s significant for me in this imprinting on a ‘CrossFit elder’ who is much younger than I am? She confirms for me my own daily mantra with CrossFit, for one: enjoy the movement. I can move and do things now at 52 that I could not have done even 10-20 years ago. She loves what she does, and offers an inimitable smile, buoyancy, as she does it. Me too.

I learn regularly with her own words, sharing of her experience, both to allow herself to be seen as she is but also to reframe it whenever it does not match what she knows to be true. There’s a two-step here that feels important for me to practice in my own work. Though I have faced remarkable community-visibility work these last years, I've also hidden the gifts I have for a long while, afraid of being seen then misinterpreted, misunderstood. I crumpled a bit the last time I was mis-understood and chastised for some innovative work. Knowing myself inside as I do now, steadied in my own body, I can say more fully: it doesn’t matter what others may see or mis-see. Reframe it. This will be a long learning curve for me, but it’s good to see it here, in her. Her story also puts me back in touch with my overwhelming fierceness for women-become-mothers, finding their way back into their bodies AND modeling healthy connection for their sons, daughters. I will be about this path for mothers (and daughters) for the rest of my life, and it’s good to feel it come alive again within me. I find myself curious whether she will ever write a lengthier piece? And how to be in support of that…? Hmmm... Then... Simply because it shouldn't go without at least a nod: I also love the glimpses we've received of her partner in all this, Frederik Ægidius, whose voice in the Miles to Madison episode was marvelous. He gives me hope for a balanced healthy masculine in our world today.

For now, it’s enough to smile into the mother-duckling energies of imprinting, trusting my own strengths and vulnerability will emerge more and more, with practice, risk, and tenacity. Just get better, as defined for me, for now. Shout out to Annie, from a quiet blogger in the Midwest of the USA. There is so much to be hopeful for with more and more women learning to become more and more fully themselves.

And...Where is this?  Welcome into a virtual ‘lounge’ at the intersection of CrossFit, midlife, bodysoul learning, and fi...

Wisdom Walker
I am a companion, friend, contemplative, wife, daughter, teacher, poet, and most importantly for this space, a writer. I learn best by entering into practice, listening deeply, and remaining open to those who will share their path and passions with me.