So the 2022 NOBULL CrossFit Games are done.

Order has been restored, if with a helluva fascinating competition. Moreso than the last years when the leaders seemed to dominate the field. CrossFit commentators say this “bodes well for the sport,” which has always struck me as an odd conclusion. Like CrossFit is only a business or a sport aiming for professionalization. CrossFit is and always will be a grassroots community building fitness community to me, which professionalization and specialization hinder. All that said, I’m clearly ‘caught’ in the hoopla now, with my favorite athletes and curiosities to see who’s “up and coming.”

CrossFit Reykjavik didn’t do as well as they had hoped, I’m sure, but it was still fun to cheer them on. Annie Thorisdottir will always be my favorite, particularly as she approached Rich Froning in the normal CF post-competition ‘hug.’ That took class. He hardly gave her the time of day, not even a smile, which bears poorly on him. Competition and rivalry are marvelous, as long as there is respect. She held her end, he did not. 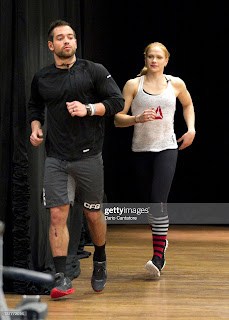 Tia-Clair Toomey’s journey through the Games surprised me with its impact felt within me. It literally pained me to see the cameras focus on her during the progression event where she missed the 75 unbroken singles. It actually felt mean to me, defensive of her (shaking my head). I’m an egghead, after all, with little to no emotional investment in anything athletic. Yet I was relieved when her fitness clearly 'held up' over the 13 events.

Ricky Garard’s return was also complicated but interesting. How does redemption and/or forgiveness function in our world today, in a strong-knit community like CrossFit? He erred, got caught, and “paid his penalty” of four years. 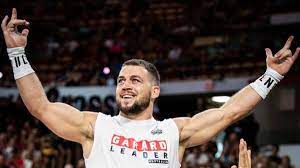 I was morally supportive of his return to the Games. And then I found his attitude/voice in interviews irritating. I was glad that the podium landed as it did. I love that Justin Medeiros won the competition without ever winning a single event.

This is the first Games I’ve paid such close attention to the Teams competition, given Annie’s involvement. I find the road to success curious, as it involves much more team-building, communication, and communal strategizing than the straight-forward individuals’ competition(s). At the same time, it’s clear (at least in Mayhem Freedom) that the team-division is/was simply another vehicle for Rich Froning iconography. The other team-members’ names are not media-focused nor therefore memorable after any particular year. I was startled to hear that no Mayhem Freedom team has ever been the same, except Froning.

Annie’s move to create her own team from elite athletes around the world couldn’t give much time for the team-building, intuitive-perceptive movement of the parts as one whole. Particularly with such strong-willed folks that elite athletes would have to be.

Seeing these two next to one another, I can see two familiar styles in contrast. One, a pretty old-school “train with the master in the toga” philosophy, surrendered to his charisma and will. Two, a convergence of expertise or elites that has less skill at the team-building, development of communal intuition & cohesion. Unless done over time, though I’d doubt CrossFit Reykjavik will be reconvening to train another year. 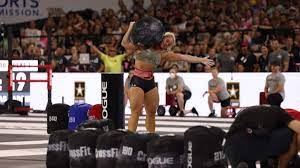 Though I didn’t enjoy the event itself as much, my favorite moment(s) happened in the Sand Bag Ladder. I loved seeing the community of elite athletes look with awe at Dani Speegle and the 250lb bag. At the 240# bag, one of the commentators gave voice to the community: “Okay…we’re clearly competing for second place here.” Loved that.All in all, a good run through the Games, I thought. Even without Dave Castro at the helm. So the community evolves, grows, changes. As we all must. FUN.
I think my husband is glad the Games are over though. :) Now we can go on vacation together.
Posted by Wisdom Walker at 6:24 AM

And...Where is this?  Welcome into a virtual ‘lounge’ at the intersection of CrossFit, midlife, bodysoul learning, and fi...

Wisdom Walker
I am a companion, friend, contemplative, wife, daughter, teacher, poet, and most importantly for this space, a writer. I learn best by entering into practice, listening deeply, and remaining open to those who will share their path and passions with me.